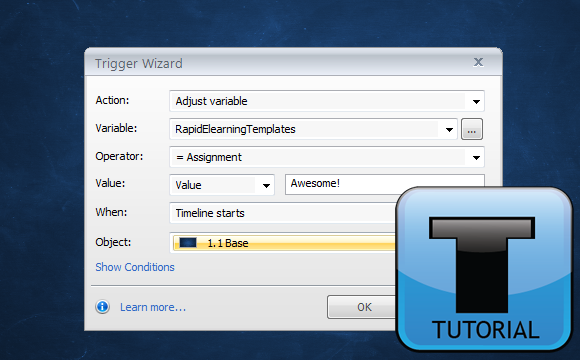 Triggers in Articulate Storyline are one of the most powerful features you can leverage to create interactive projects. Over the next several weeks, I’ll be writing a series of posts that will cover the basics of using and creating your own Triggers. This first post will provide a general overview.

What Are Triggers?
Triggers are a feature in Storyline that allow you to add a new layer of interactivity and functionality in your projects. The basic model for using Triggers, is to create a script using the Trigger Wizard, and then associating this script with an event, such as a button click or slide event (for example when the timelines begins or ends). A Trigger can be comprised of four different parts: An “Action”, “When” the Trigger should be executed, the” Object” that the Trigger is associated with, and finally the “Conditions” for the Trigger. We will take a closer look at each of these next.

Specifying When a Trigger Will Be Executed
As we mentioned earlier, a Trigger is always tied to an “Event”. An Event is something that takes place that causes the Trigger execute. To help you visualize this, think of this scenario. If your goal is to turn on your computer, you would push the power button. Pushing the power button is the action that “Triggers” the computer to power up. Storyline Events are divided into four categories: “Click” events, “Timeline” events, “Drag and Drop” events and “Other” events.

Conditions
Conditions are extremely important when creating Triggers. A condition can be used to help determine when or if a Trigger is executed. For example, if you want a button on your slide to become active only if a user’s score is over 80 points, you could achieve this with a condition. Essentially a condition is a set of criteria the must be met. To truly leverage the power of Triggers and Conditions, you should have a good grasp of variables. We will take a look at these next.

What is a Variable?
A variable is a key building block for programming and scripting. While creating Triggers is not technically programming, some of the basic concepts are the same. Your main task is to create an expression that will result in some type of action that is completed. As we mentioned previously, in a condition, there is a set of criteria that must be evaluated in order to determine if the action will be completed. In general, this criteria will be stored in a variable. You can think of a variable as a container that will hold information. To illustrate, you can use a variable to store a user’s name or quiz score. In Storyline, there are three types of variables: True/False, Text and Number.

Wrap Up
Now that you have a basic understanding of Triggers and Variable, it would be a good idea to launch Storyline and play with the Trigger Wizard so that you can see what options are available to you. In our next blog post, we will learn how to create a new Trigger in your Storyline project.

I am a interested in all things related to E-Learning, especially Articulate Storyline and Adobe Captivate! I believe all E-Learning should incorporate exceptional User Experience Design! 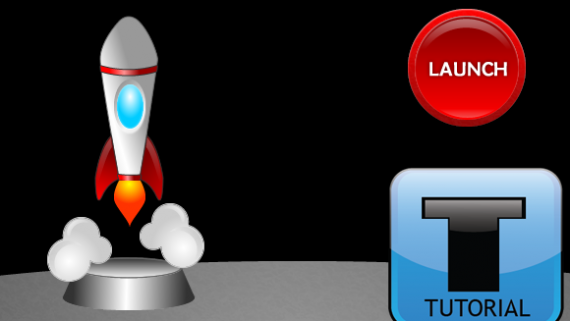 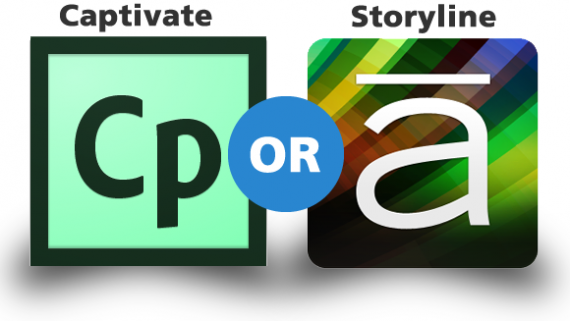 How to Choose Between Captivate and Storyline 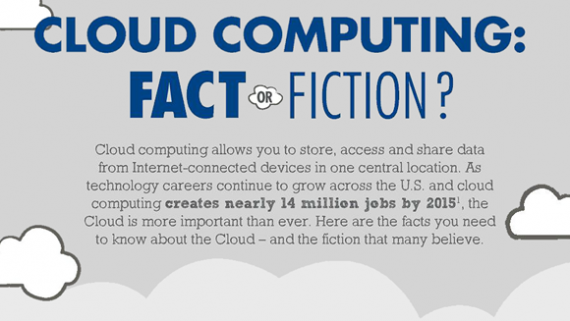 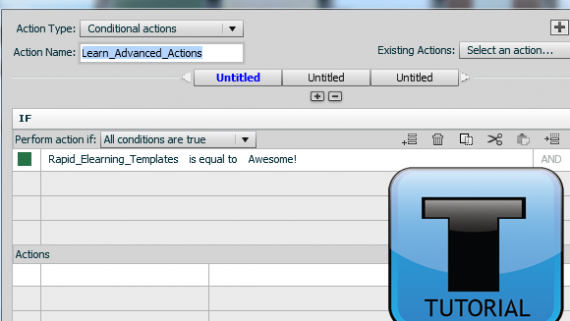 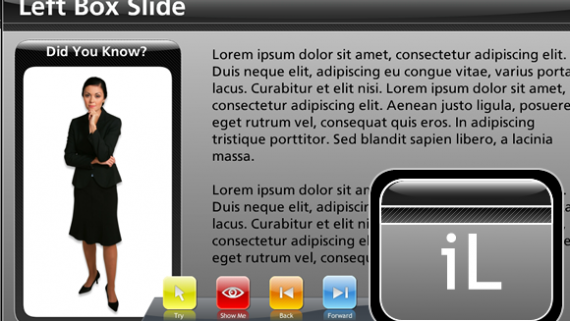 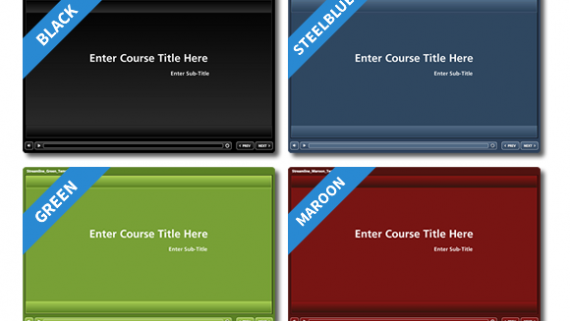 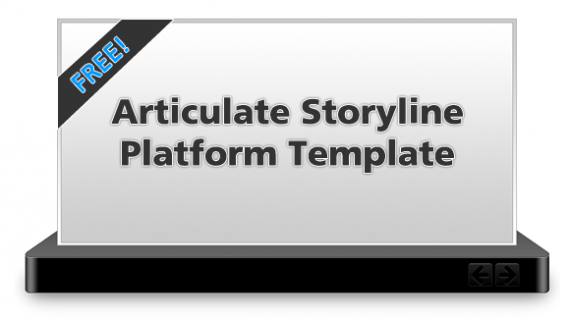 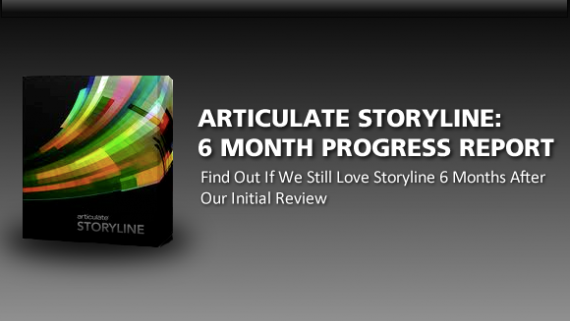